The War Zone: D-Day To VE Day The Rhine To Victory DVD & CD 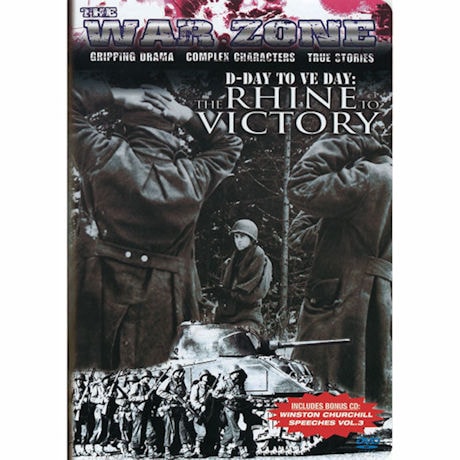 The War Zone: D-Day To VE Day The Rhine To Victory DVD & CD

Culled from the archives of Britain's Imperial War Museum, here is gripping footage of World War II's final months and aftermath. These documentary clips witness the Russian offensive and the Allied crossing of the Rhine River, as well as the momentous meeting between the two on the Elbe River. Here too are the downfall of Mussolini, the bombing of Berlin, and the surrender of German forces, followed by the opening of the concentration camps, the Potsdam conference, and euphoric victory celebrations. As a bonus, this set includes a 12-minute CD with audio of Winston Churchill's "Give us the tools," "The end of the war in Europe," and "Iron Curtain" speeches.