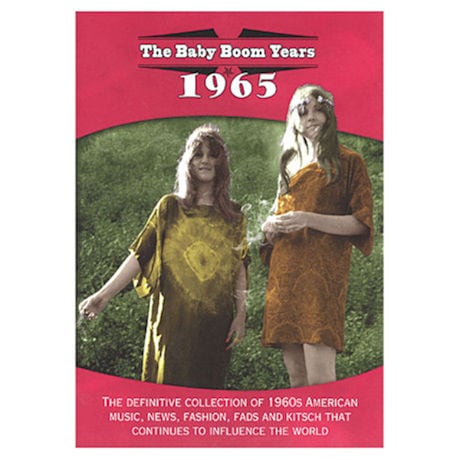 The northeastern U.S. experiences a massive blackout, while women's hemlines get shorter and shorter. President Johnson announces an escalation of the war in Vietnam, even as the Watts riots turn Los Angeles into a war zone. Tom Jones performs "It's Not Unusual," and the Beatles are greeted by hysterical fans as they leave a Buckingham Palace meeting with the queen. This disc is part of a series that surveys a prosperous but often bewildering era, using archival news footage, film clips, and commercials to evoke familiar—or perhaps forgotten—memories of some of the century's most significant politicians, athletes, and celebrities. DVD extras include trivia, movie trailers, and performances.

Thank you for signing up for Support Plus E-Mails!

You will now get the latest on gifts, promotions and special discounts!