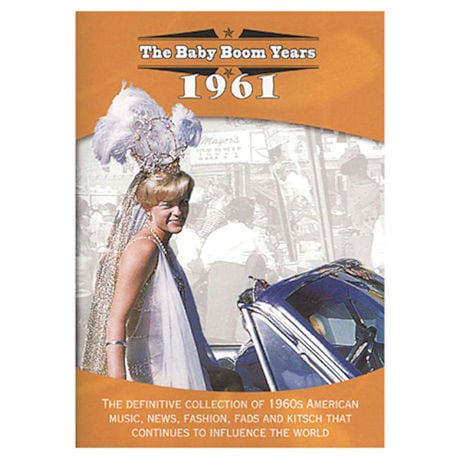 The 1960s begin in earnest with tensions in Algeria, Laos, Vietnam, and the Congo. Visibly relieved to be out of the Oval Office, former president Ike Eisenhower vacations at Disneyland with his family, while President Kennedy establishes the Peace Corps and attempts to rationalize the Bay of Pigs debacle. Gary Cooper is mourned by an elite cadre of stars, and West Side Story raises the bar for film musicals. This disc is part of a series that surveys a prosperous but often bewildering era, using archival news footage, film clips, and commercials to evoke familiar—or perhaps forgotten—memories of some of the century's most significant politicians, athletes, and celebrities. DVD extras include trivia, movie trailers, and performances.